Thank you to all the fab instalovelies who have posted so many lovely and inspirational pictures this week. The winners of #OCGsundaybest this week, I hope you agree, are 4 gorgeous ladies with equally gorgeous Instagram feeds. Do pop over to IG to check their feeds out, you won’t be disappointed.

I know it’s only February but it’s time to be thinking about the summer garden. I had a little mooch around the garden this weekend despite the strong winds and drizzly rain and was very shocked to see that one or two of my perennials, which were trying to throw up new shoots, had already been eaten! Oh no disaster! if these plants can’t get started we are certainly not getting any summer colour from them.

Tip – get out there this weekend and put slug pellets around any emerging plants. Snails have been hibernating all winter by burying into the soil and slugs which have been dormant whilst the temperatures have been below 5° are suddenly starting to emerge already. If you can kill them now before they lay eggs …..double wammy! 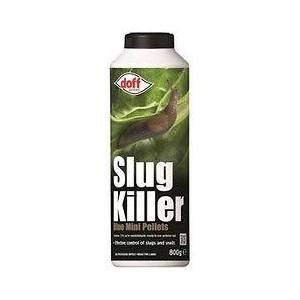 Now I know the purists amongst you may disagree with slug pellets, harmful if birds eat the dead slugs and snails. Although I’ve never actually seen evidence of this for myself, I do still go out each morning and pick up any dead slugs and snails and put them in the bin. Result – I put the slug pellets around on Thursday evening, Friday morning I collected at least 10 adult slugs and snails, hmmm maybe my perennials are safe again….for the time being.

“How do you get your garden so colourful” I get asked this on a fairly regular basis during the summer months.

The answer of course is that I plant lots of flowering plants which attract all the bees and insects which in turn go on to pollinate more and so the cycle goes on. One of the easiest ways of starting this is by using perennials which flower each year, die off over winter and come back healthier and stronger the following year. After a while you have lots of lovely colour from plants which largely speaking look after themselves.

I was so pleased to receive an email this morning from one of my favourite website suppliers Thompson and Morgan promoting a 24hr offer.

I thought I would share this offer with you as it is the perfect was to get your perennial flowers started.

The offer is 72 plug plants (only tiny when they arrive) of varying types of perennial. There are 6 of each type that will be fully flowering by the summer.

The offer works out at 14p per plant, which by the time they are fully grown in the garden center they would be typically £2.50 per plant.

Ordered now the plug plants won’t be delivered until around April time, which is perfect as when you receive them of course there is some work to do.

Its not as easy as receiving your plants, planting them and hey presto, you will have to pot them on. I put them into module trays filled with compost, both of which can be purchased cheaply from shops such as Wilkinsons and put them in the greenhouse.

If you don’t have a greenhouse, a sunny windowsill will work just as well.

If you water them regularly, they will be ready to plant out in May. I tend to use the May 1/2 term holiday for planting all my summer colour, that way I know the risk of frost has passed.

And hey presto, a lovely flowery garden for the summer, and summers to come……

Here are my pics for this week,

I hope you agree these are fab pics taken by some very talented people, head on over to IG to take a closer look at their feeds, you won’t be disappointed.

I was given a Red Letter Day gift for my birthday this year of an Emma Bridgewater experience day. Of course I knew all about EB, I love her pottery, I’ve even got a pair of her wellies and some of her lovely notecards, but quite what was in-store for the experience day was another matter.

Having been bought up in the Midlands area I am very familiar with the Potteries in general but its been at least 15 years since we last visited and I know in that time the vast majority of the major manufacturers have since left. Even Wedgewood, that true British product now has its manufacturing base in Sri Lanka?

We rang to book our places on the tour (max 15 people at a time, 3 tours a day) and that was fully booked on our preferred day, fortunately they had a couple of spaces for the following day but were incredibly busy for most of the week. We booked ourselves onto the 10am tour knowing it would take between 45mins and 1 hour. We also had to book a space in the decorating studio, they can seat slightly more for each of those sessions so we were able to book in for the 11.15am slot. We also had the afternoon tea included although there was no need to book for that. I did ask the question, with an outside hope, if they did a GF version and was very surprised when they said yes. I was told it was best to mention it in the cafe on arrival just to ensure they had everything but they fully expected there wouldn’t be a problem.

Perfect, we were all booked and raring to go.

When the day finally arrived, we set the sat nav to the postcode and off we went, as we neared the factory, the area was quite familiar, with the old industrial buildings and run down area but the familiar primary coloured welcoming sign of Emma Bridgewater was clear.

Parking was easy, plenty of spaces when we arrived and off we went to get signed in for our tour. Passing by all the lovely pottery in the seconds shop was so tempting, but I saved myself for a good browse later.

The tour itself was so informative, the guide a retired ex-decorator was very knowledgeable about all the processes and all the potters were very friendly willing to chat about what they were doing as they were working. Its been a long time since I’ve been on a true “behind the scenes” tour of a working factory, all to often nowadays what you see is a cleaned up version of the real thing. We continued through to the decorators and were astounded how skillful all the process involved were. There’s some real talent working behind the scenes to create that lovely pottery.

As the tour finished we went straight into the decorating studio, again we were enormously impressed by the staff who demo’d how to choose the foam stamps, paint colours, even an eraser if you made a mistake.

As part of the experience, we were given a 1/2 pint mug to decorate, but for extra you could choose any blanks to decorate.

I did think once I’d done my mug I may do something else, of course I underestimated the time it would take and only had time to do the one mug in the 1hr 45mins allowed. Once we got started decorating, time just flew by.

I did see one or two seasoned pro’s who had obviously done this before as they arrived with sketches and plans of how they wanted to decorate their mug, for the rest of us it was designing as we went. When I go again, I’m going to go with a design in mind.

Finally off we went to the cafe for our afternoon tea, well what a treat that was, an enormous platter loaded with sandwiches, cake and scone with clotted cream along with a big teapot of tea. Of course they did a GF version which was equally delicious.

Our final stop of the evening was to the gift shop, having appreciated quite how much work goes creating these lovelies, I could resist but buy something and 10% off full price ware, why not?

We’ve already decided we are going again, in fact if we only want to do the decorating next time, it’s £2.95 for the studio fee and £10 for the mug, or whatever else you choose to decorate. I think I want to do a serving bowl next…..